Recently, Samsung is developing a mid-range smartphone Galaxy A82 5G and may launch it in South Korea under the name Galaxy Quantum 2. Earlier, the Google Play Store Console list revealed some specifications and front design of the phone.

Now, the first real device image of this upcoming mobile phone has appeared. By looking at the picture, the front of Galaxy Quantum 2 seems to use a large-size Super AMOLED Infinity-O display with a narrow frame. This phone may be launched in two colors: black and white.

At the rear, the phone seems to have a three-camera setup with LED flash. The camera is supposed to be a wide-angle, an ultra-wide-angle, and a telephoto camera. The size of this phone seems to be very similar to the Galaxy S21 +, which means that it may have a 6.7-inch display.

Since there is no fingerprint reader on the rear or side, it is expected that the machine will use under-screen fingerprints. One of the pictures shows the additional security features of the mobile phone that can help when shopping online, logging in to various online services, and verifying identity. It is reported that this phone may be exclusively launched in South Korea through SK Telecom’s network.

Previously leaked news shows that Galaxy Quantum 2 is furnished with a Snapdragon 855 processor, 6GB of RAM, 128GB of internal storage space, and a 64-megapixel main camera. Among the newly leaked pictures, there is a picture that confirms the phone’s memory and storage capacity.

The phone will also be equipped with a charger and a USB Type-A to USB Type-C cable. It is also possible to pre-install Android 11, support GPS, Wi-Fi 5, Bluetooth 5.0, NFC, USB Type-C interface, built-in 4500mAh or larger battery, and support fast charging function. 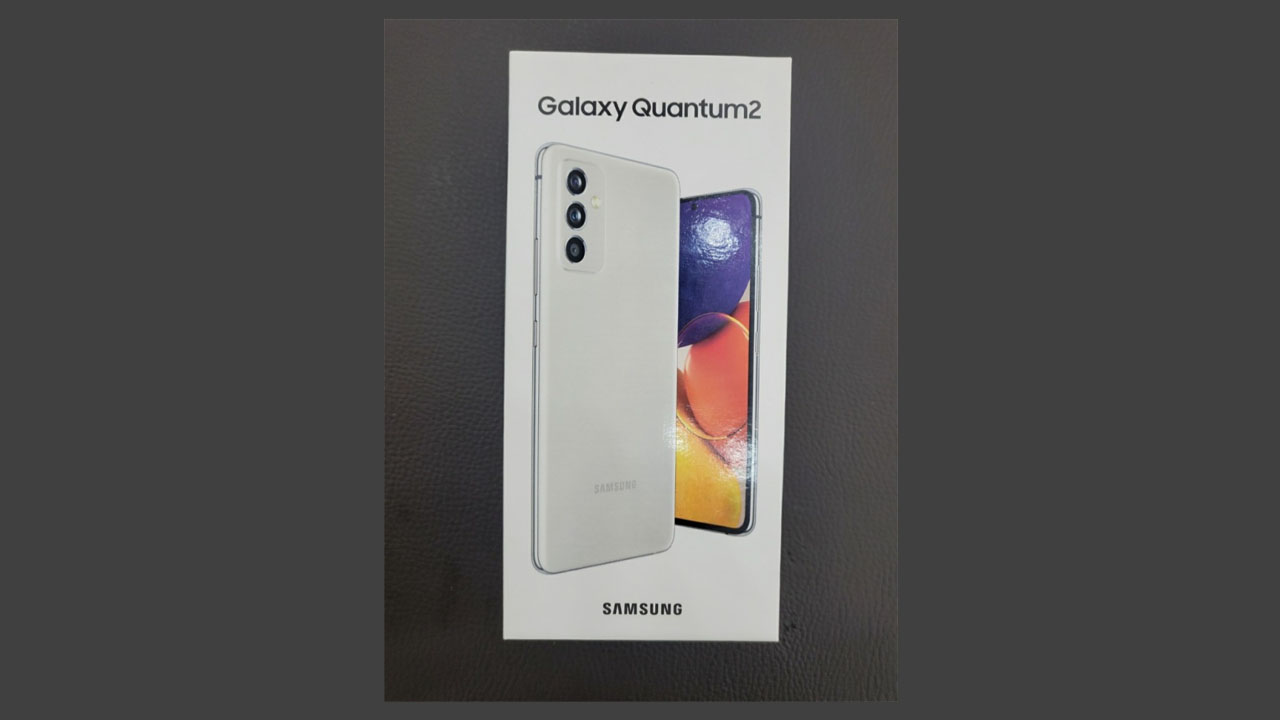