Moreover, the company will send updates for the development and testing environments at the key development milestone including SDK tools, system images, emulators, API reference, and API diffs. As per the official schedule, Google will deliver two more developer previews until April this year.

After bringing three public beta updates, the 4th Android 12 beta will be marked as Platform Stability. It means the development process of Android 12 is identically ended. After the fourth public beta, Google has not revealed the timeline for the stable release. Meanwhile, the stable Android 12 for Pixels may be released in the third quarter of this year. 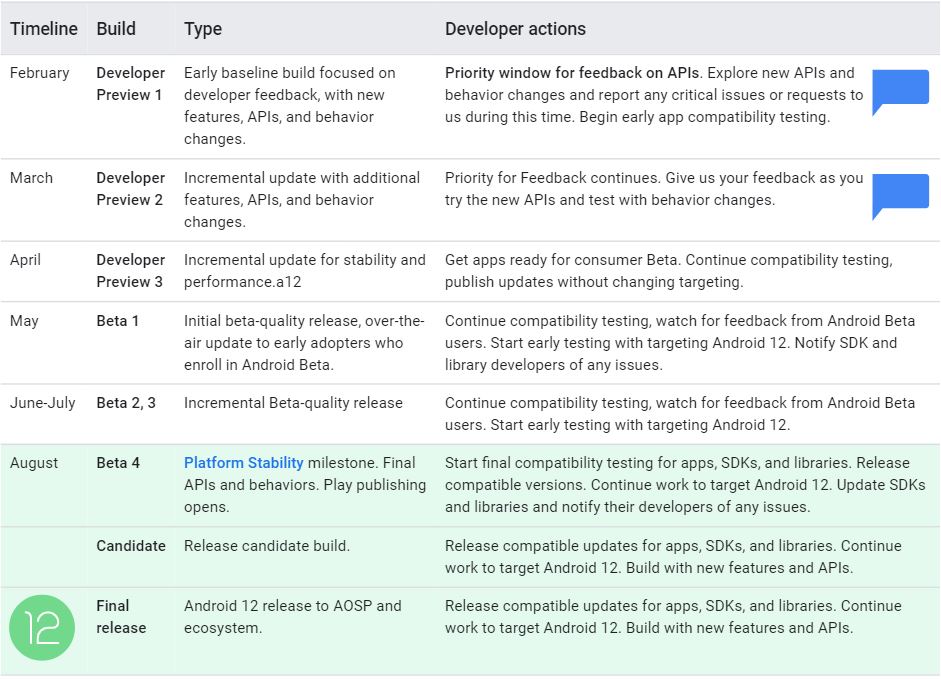 However, the Android 12 schedule could be changed due to any technical reason, or delivering additional developer previews can also delay further plans. As of now, the development of the next generation of Android is underway, and we can expect new information on this matter in the coming days.

Call of Duty Season 2 Black Ops Cold War and Warzone is expected to be available soon, with these features