Vivo has recently launched its new flagship smartphones under the Vivo X60 series. These smartphones pack many high-end features and come with Samsung’s latest Exynos 1080 processor. And now we are receiving a new leak that could be the upcoming smartphone from Vivo.

According to the latest news, recently an unknown device from Vivo has been spotted on Geekbench. The device bears the model number V2048A and it is spotted with a MediaTek processor which has a model number MT6875. The same processor was also seen on the Xiaomi Redmi 10X smartphone, so it is known that the processor is Dimensity 820. 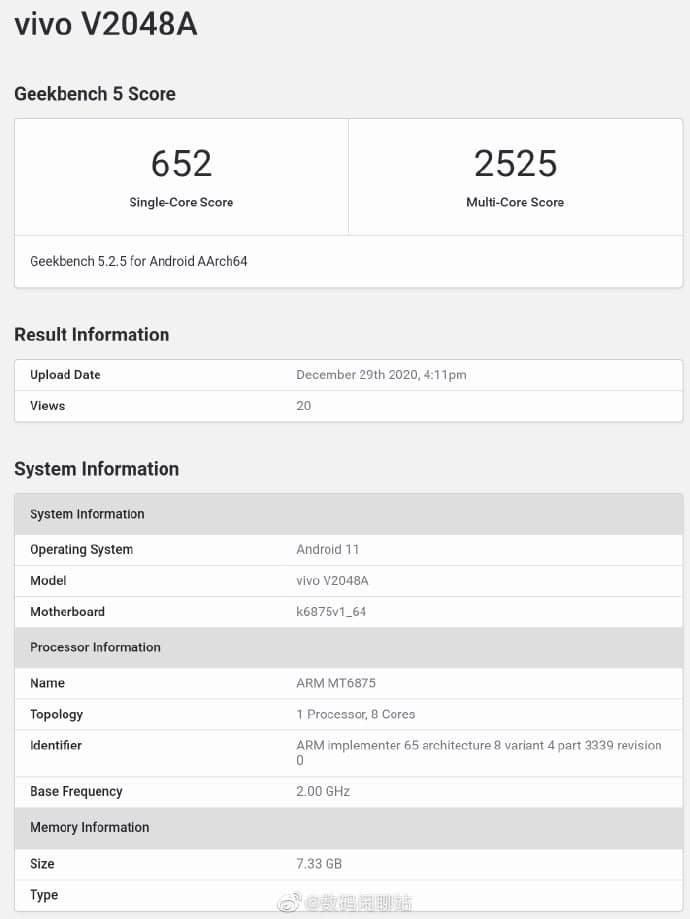 Further, the phone comes with a pre-installed Android 11 operating system. With MediaTek’s SoC, the device earns a single-core score of 652 and a multicore score of 2525. Besides this, currently, there is no information available regarding the other specs of this upcoming smartphone and we’ll keep you posted on this as soon as a new leak comes regarding this device.

Talking about the recently launched X60 smartphone from Vivo. The headset comes with many premium features such as a 120Hz display refresh rate, a 48MP main camera with a Zeiss lens, 33W fast charging, and they are the first series of smartphones that come with the Samsung Exynos 1080 processor.