Realme 8 phones will come with Realme UI 2.0 out of the box

Earlier, Realme officially confirmed that it will launch the 8 series in India on March 24, including Realme 8 and 8 Pro. Revealed through the trailer, this indicates that the 8 Pro will be equipped with a 108MP quad camera setup.

In addition to this, the company has also announced its updated Realme UI 2.0 upgrade plan and list of supported devices as well as the timeline of their upgrade process. 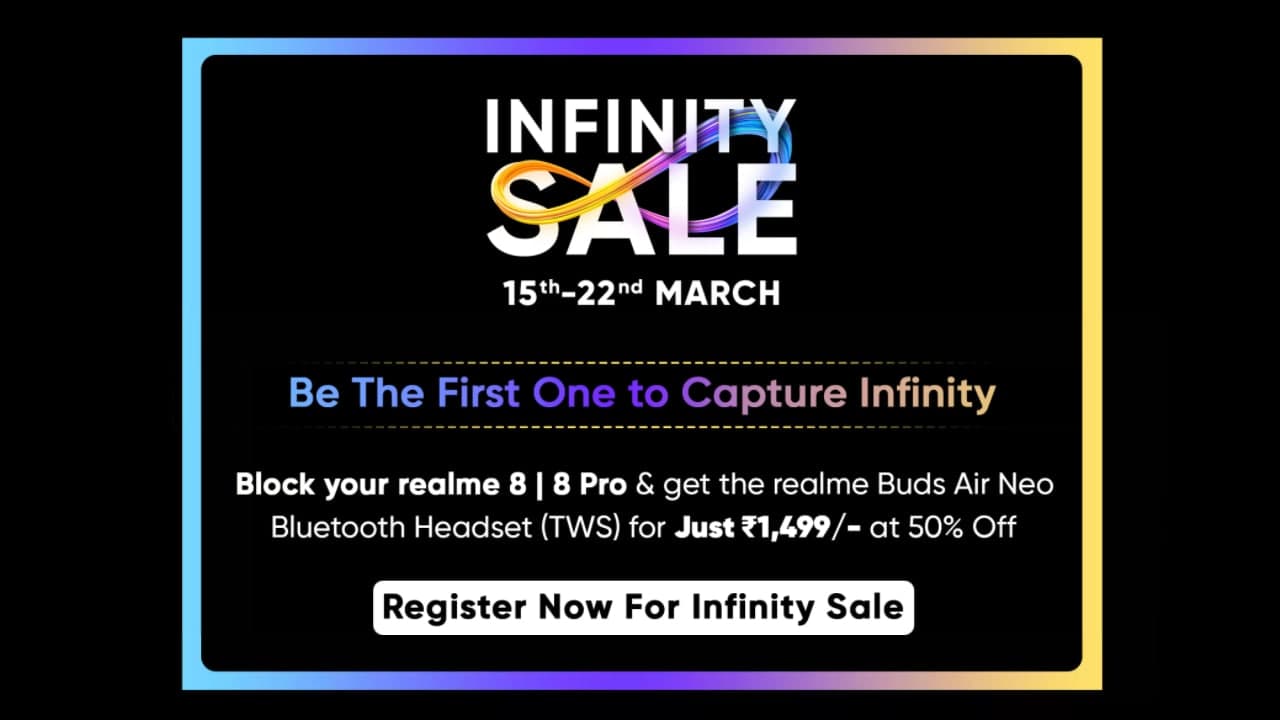 Realme has confirmed that the 8 Pro will have a 108MP quad-camera setup on the back. The phone will be equipped with an AMOLED display with an in-display fingerprint scanner. Francis of Realme also hinted at the 5G network support function of the 8 series before.

While the 8 Pro is tipped to come in 4G and 5G models, with a Snapdragon 720G SoC. The phone may be pre-installed with Realme UI 2.0 based on Android 11 OS and equipped with a 4500mAh battery with 65W fast charging.

Realme 8 is said to come with a 6.4-inch AMOLED display with a 60Hz refresh rate powered by MediaTek Helio G95 processor and will pack a 5000mAh battery with support for 33W fast charging.

For photography, it will feature a quad-camera setup with a 64-megapixel main camera and will be pre-installed with Android 11 OS. It may be available in two colors, Cyber Silver and Cyber black. It may come with different storage options of 4GB/128GB and 8GB/128GB.