According to the latest information, the latest Android 11-based Realme UI 2.0 Early Access program is now available for Realme 6 users. This beta build carries the software version RMX2001_11_C.04.

As per the information, Realme UI 2.0 Open Beta for Realme 6 Pro users is now available. The beta activity allows users to start experiencing the features of Realme UI 2.0 before its stable release.

Additionally, the company has also revealed its updated Realme UI 2.0 upgrade plan and list of supported devices as well as the timeline of their upgrade process. 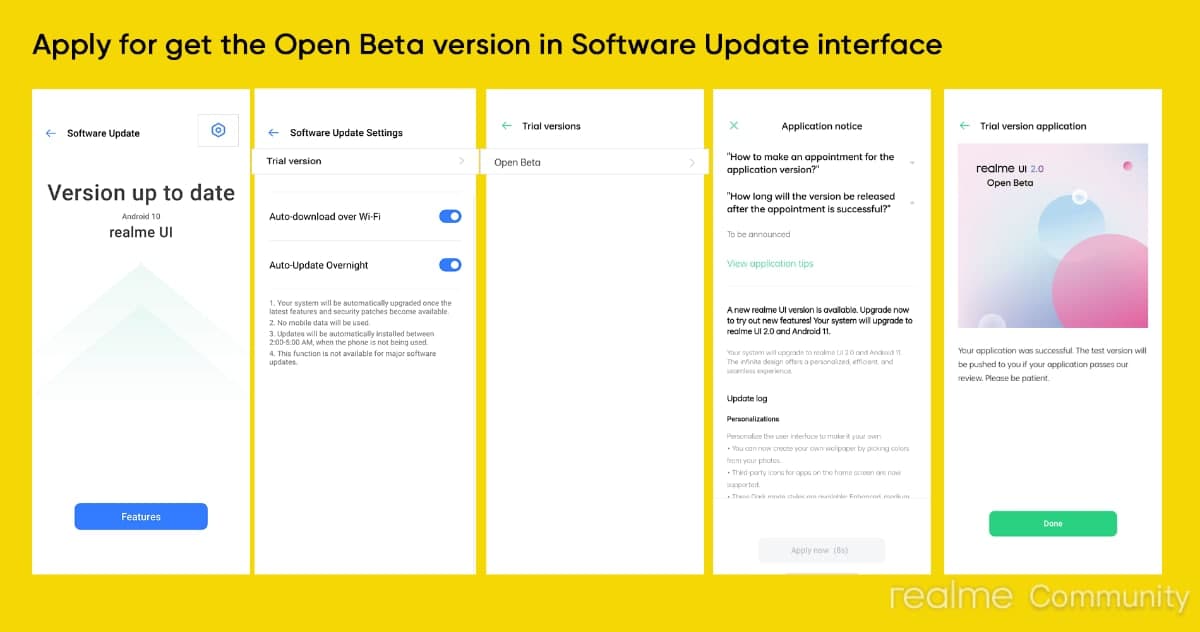 You can manually download this update from the link mentioned below.

You can apply for Early access via the Software Update Application channel: