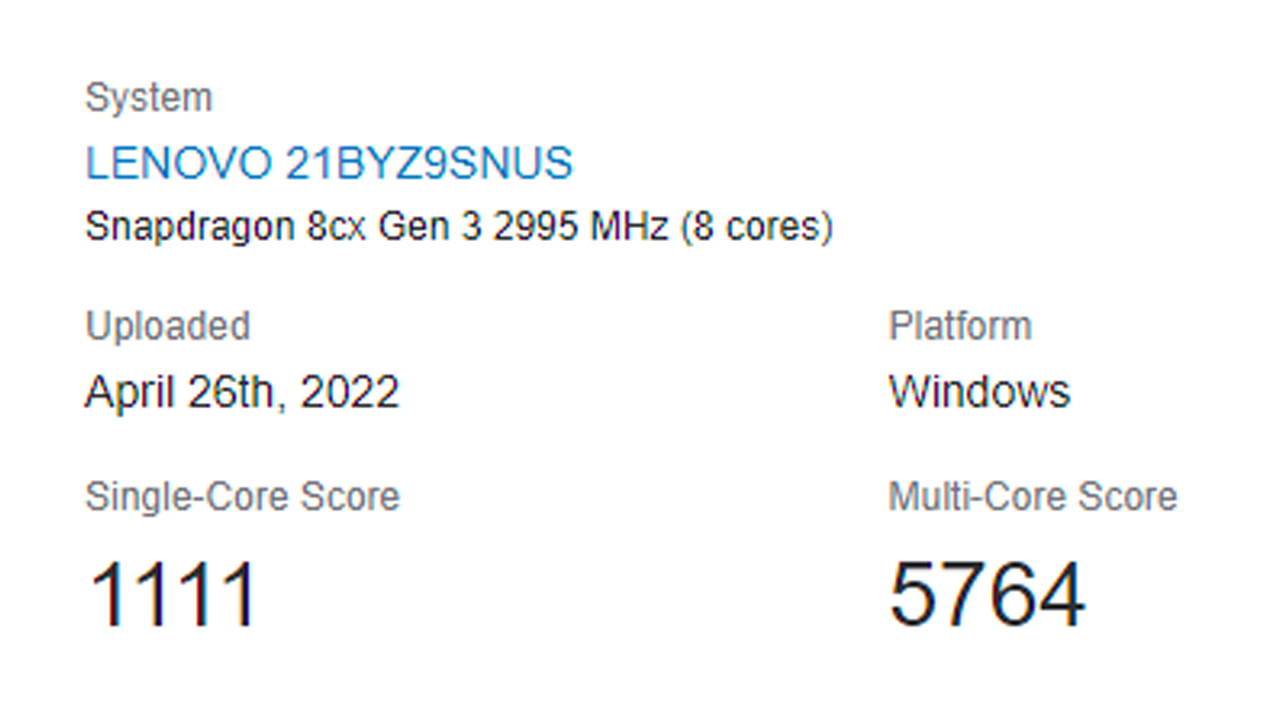 According to the previous Apple M2 chip running score, the chip runs at 3.49GHz, with a single-core score of 1919 and a multi-core score of 8928. It means that the multi-core performance of Qualcomm Snapdragon 8cx Gen 3 is 55% slower than that of Apple M2.

Recently, Ming-Chi Kuo said that Qualcomm will launch a chip code-named Hamoa to fully compete with Apple’s Apple Silicon chip. Compared with the Apple M2 using TSMC’s 5nm N5P process, the Qualcomm Hamoa chip uses a 4nm process and is expected to be mass-produced in the third quarter of 2023.

Qualcomm CEO Ammon said that thanks to the expertise of three former Apple Silicon engineers, Qualcomm will beat the M2 chip in laptops and desktops.