Apple iOS 16 adds support for eSIM between iPhones via Bluetooth

According to the latest report, Apple released iOS 16, and iPadOS 16 systems, and has released the first developer preview Beta. iOS 16 introduces a useful new feature that allows eSIM transfer between iPhones via Bluetooth when setting up cellular service. 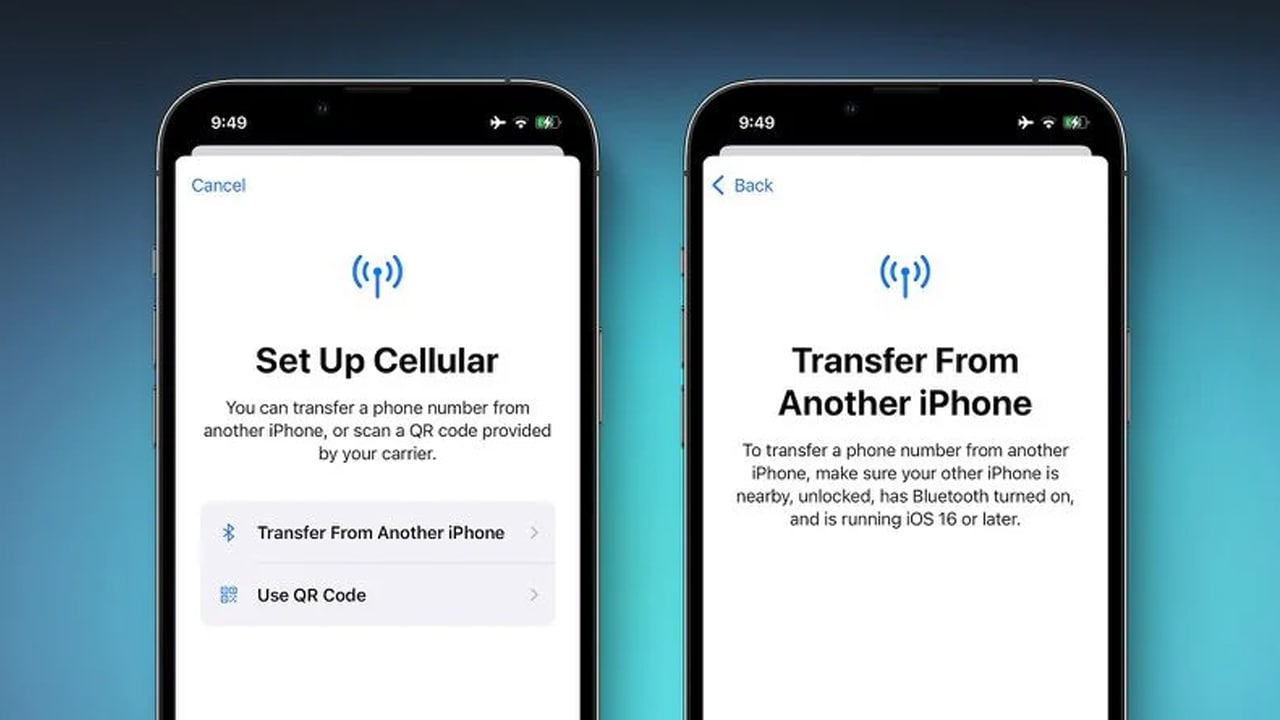 The feature appears to be available in several countries, including the US and UK, but only on carrier-supported eSIMs. Given that iOS 16 was only released a few days ago and is currently in beta testing, carrier support may be limited for now.

Apple will also continue to offer the more traditional option of setting up an eSIM by scanning a QR code provided by the carrier. An eSIM is a digital SIM that enables activation of a cellular network plan from a carrier without the need for a physical nano-SIM. The iPhone XS or newer offers a single eSIM, while all four iPhone 13 series models support dual eSIMs.