Back in June this year, OnePlus has officially released the latest Android 11 based OxygenOS 11 for the OnePlus 8 and 8 Pro smartphones. Currently, this new skin is only running in the entire OnePlus 8 series including the OnePlus 8T which comes pre-installed with OxygenOS 11.

With OxygenOS 11, the company introduced its users to a lot of new and adorable features. The features include Always-On-Display, optimized One-Handed mode, new Zen Mode, and many more. Adding to this, an unreleased feature, ‘OnePlus Charging Stations’ has also been spotted.

This feature will help OnePlus users to find public charging stations. The company hasn’t highlighted this feature before while a couple of days ago, OnePlus has officially confirmed it on the OnePlus community forum.

For now, the OnePlus’ Charging Station feature is making its way to Indian OnePlus users only. Recently this feature is spotted at Kempegowda International Airport in Bengaluru and the company has announced that it will soon be offered at Delhi airports, India.

Nearby Charging Stations service on your phone will notify you when you are near an OnePlus Charging Station along with tracking how far from it is from you and where is the closest station to you. 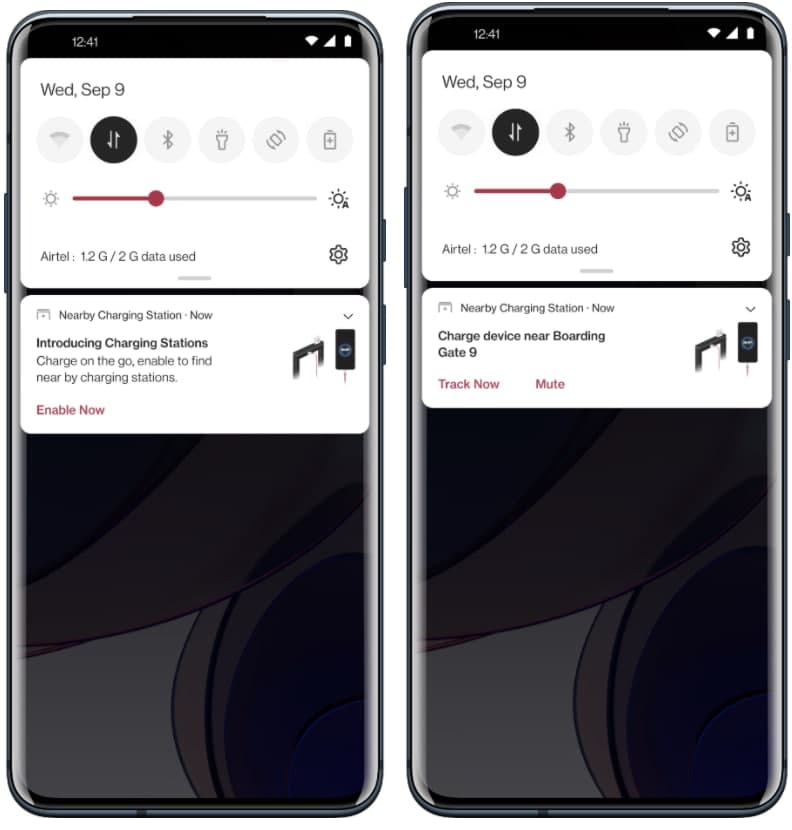 These OnePlus Charging Stations works through integrated signals, it identifies the company’s device and locates a nearby station. You can also mute this service for 6 hours when there’s no need.