Ahead of the launch, the Chinese phone maker has released the official poster which shows the design and some key features of this upcoming smartphone. As per the information, Vivo X60 Pro+ will sport dual main cameras at the rear and will be powered by the Snapdragon 888 SoC.

As per the previous leak by tipster DigitalChatStation, the device will come with a quad-camera setup along with two main cameras that consist of a 50MP primary lens and a 48MP ultrawide camera. The other two will be a 5X periscope lens and another camera for portrait shots.

The smartphone is listed on the official Chinese Vivo site where the customers can pre-book this premium phone by spending 50 yuan ($7.7). It will arrive in different colors that are Dark Blue and Classic Orange and offers two storage and RAM variants –  8GB RAM/128GB or 12GB RAM/256GB. 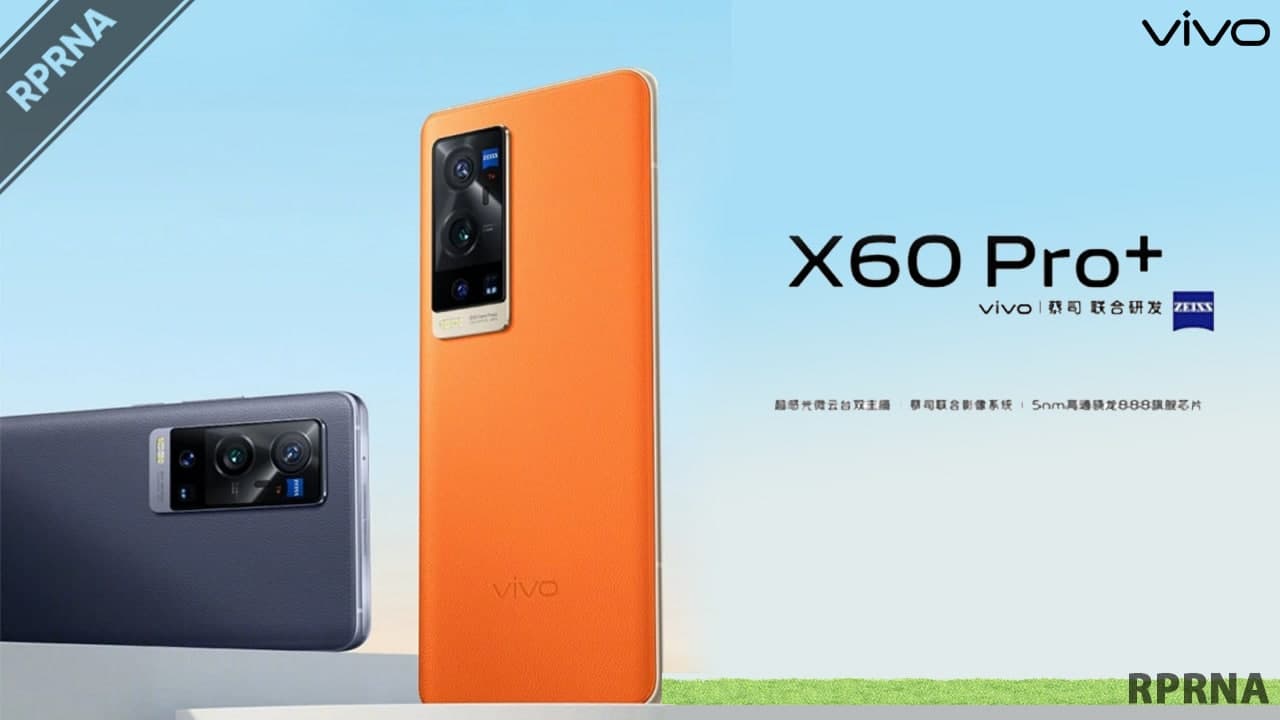 As of now, this sort of info is available for Vivo X60 Pro+ and the other detail such as the pricing will be known at the time of the launch and we’ll keep you posted as soon as we receive something new on this device.