Google previously revealed in an email that it has not yet released the new entry-level Pixel Buds true wireless headset, and also said that it has a “forest green” color scheme.

Recently, Google has exposed this headset on its search page, and the name has been confirmed as Pixel Buds A series. Although there have been rumors of this headset since March this year, the name is officially confirmed for the first time.

According to Google’s naming rules, another version of the Pixel 4 mobile phone is Pixel 4a, so the naming of Pixel Buds A is very reasonable.

Google I/O Conference will be held in a few weeks and will discuss many issues related to the Android system, UI, and privacy policy. Pixel Buds A true wireless headphones are expected to be released during this period. 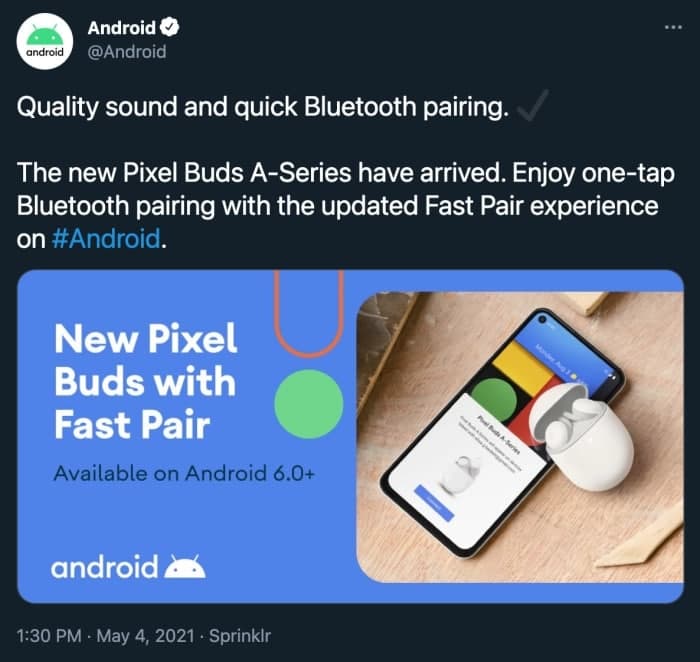 The Pixel Buds 2 currently on sale will be released in 2020. It offers a variety of color schemes, supports Google’s voice assistant, and uses voice to read notification messages. The product has a battery life of 5 hours and is priced at $179.

Nioh, Jump Force and Streets of Rage 4 is now available to play on PS5 or PS4 console