Recently Qualcomm launched its latest budget range 5G chipset Snapdragon 480 5G with the 8-nanometer process that will be used in the budget 5G smartphones. Looking at this, one of its competitor, MediaTek that recently released its Demensity range of 5G chips, has also announced a new SoC.

The chipmaker has confirmed the launch event on January 20 and set the theme of ‘Sensation’ where we can expect some latest technology-based new products. As per the reports, it is said that the new chipset will come with a 6nm process and it will be the first-ever SoC to be launched at 6nm.

The 6nm process for the chipset can be assumed from a previous report that was leaked by the tipster DigitalChatStation. The tipster stated that a new chipset from MediaTek will be launched in mid-January with the model number being MT689x. 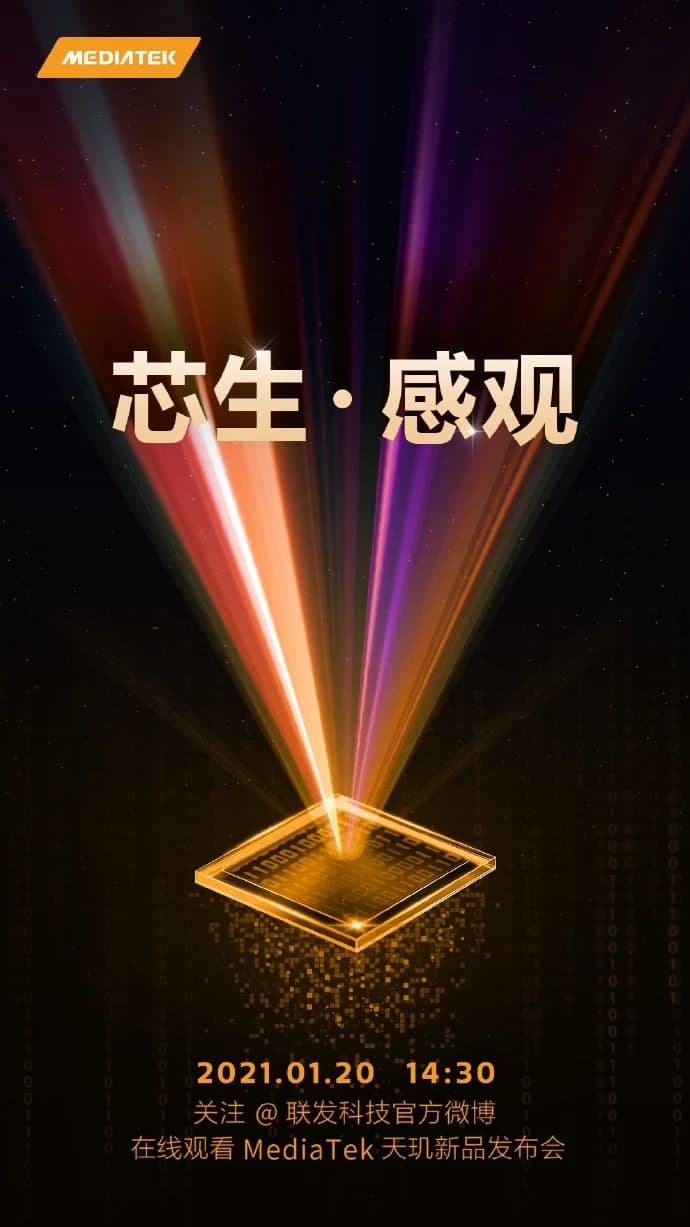 Further, the reports also pointed out that there are two new chips from MediaTek that are coming which will be launched using 5nm and 6nm process. And one of the two is MT6893 which uses an ARM Cortex-A78 core and the frequency goes highest up to 3.0GHz. For better graphics processing it may use Mali G77 GPU.

Although, it remains to be seen, what will be the other configurations of these chipsets and in which range of smartphones we will see them whether mid-range or budget.

One UI 3.0 Beta 3 rolling out to the Galaxy M31 with several fixes and January 2021 security patch